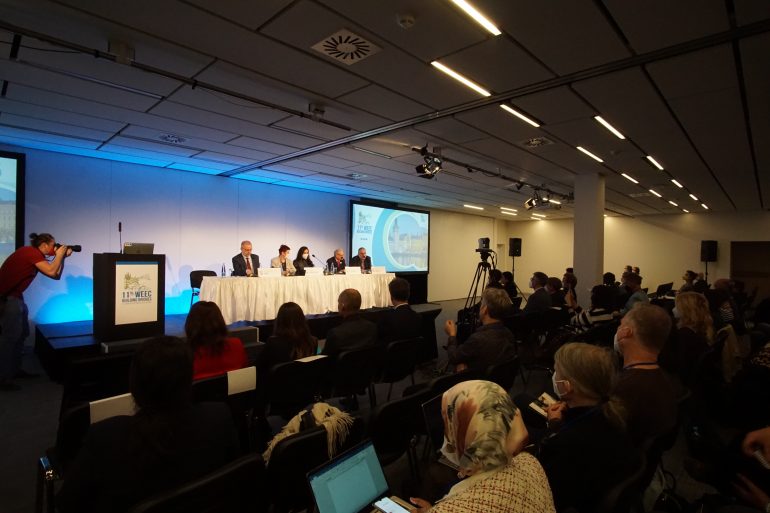 The 11th WEEC started today in Prague in the new hybrid guise, linking more than 600 environmental educators, practitioners and experts who have come in person to the Czech Republic and those connected online from all over the world in a single embrace.

In the opening ceremony there were greetings and speeches from Miloš Vystrčil, President of the Senate of the Czech Republic, Anna Hubáčková, Minister of the Environment of the Czech Republic , Milena Králíčková, Charles University, Rector, the UN agencies representatives Stefania Giannini, UNESCO and Niclas Svenningsen, UNFCCC, Nouzha Alaoui, Secretary General of the Mohammed VI Foundation for the Environment, the sponsors and, of course, the chairs and organisers of the congress Mario Salomone, WEEC Permanent Secretariat and Jan Činčera, Masaryk University, Local Organizing Team.

«In spite of everything – said Mario Salomone – against all the odds, we are here, in some way, in person or thanks to the Internet. “Thanks” is the first word I want to underline, the second is “In spite of everything, we are here”. After two years of huge pandemic and in times of war near us, with refugees around us. This goal is ever valid, solid, and compelling. This year we celebrate two significant fiftieth anniversaries: the first UN conference on the environment in Stockholm and the MIT report to the Club of Rome: “The Limits to Growth”. Environmental education is to build a new ecological society.
According to Edgar Morin, it is to build a human community -a planetary community of destiny. Thanks to the culture of interdependence, and of the limits, it can come to light, a culture we can cultivate, breed, and spread.
We must be a force of peace and ecological transition drivers. It needs more competences, more research, more relationships, and alliances. In sum, more contacts and a stronger WEEC Network». 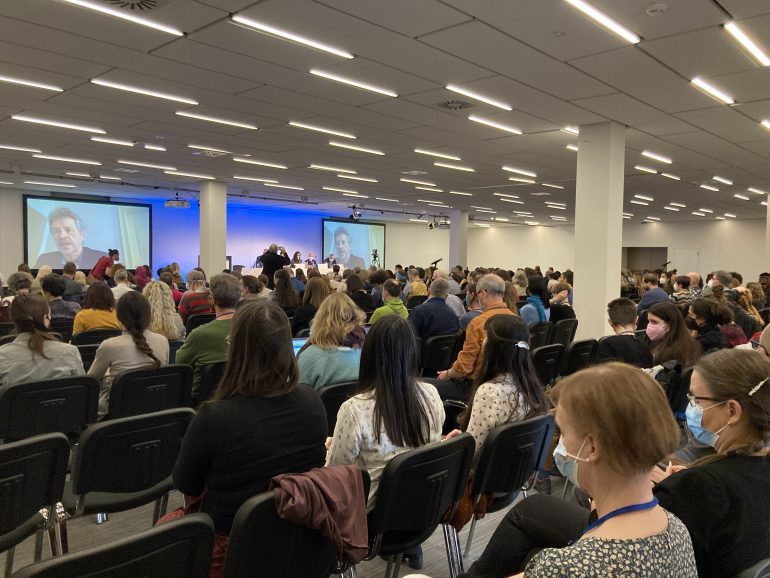 Jan Činčera highlighted the good chance and joy of being reunited again on such a occasion of professional growth and networking.

Nouzha Alaoui underlined the role of the countries of the southern hemisphere, still underestimated, but facilitated by the spread of new technologies that shorten distances and make online connections possible.

Anna Hubáčková, Minister of the Environment of the Czech Republic, underlined the importance of the European Green Deal and the challenges to be faced with regard to the delay in communicating climate change. Along the same lines, the rector of the University of Prague reiterated the need for collaboration between schools to strengthen the SDGs. Thus Stefania Giannini, Unesco, drew attention to issues related to youth for climate.

Two interventions focused on the means we already have available for sustainability. Svenningsen said that people are the most important goal, the work that needs to be done is to give the means for understanding the tools we already have. Piccard stressed on education and economics are not in competition, they are two poles that must be in balance. “we already have the tools to build the future we imagined and the solutions are already among us, we have collected over a thousand!”