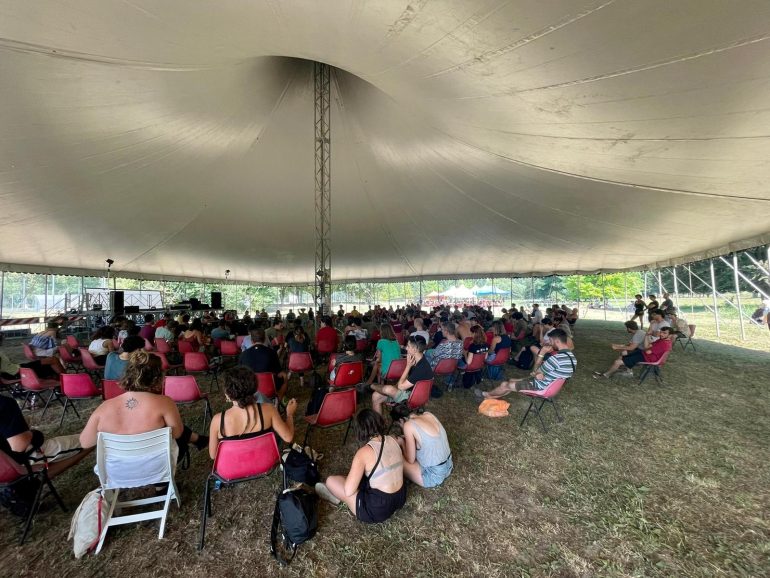 By Michela Colpo and Francesca Santangelo

From the 25th to the 29th of July Turin (Italy) hosted the Climate Social Camp, an international event that sees the participation of movements, collectives and activists from all over the world. The goal is to create a moment in which people can confront themself and discover different realities, with the aim of discussing the issues of global warming and climate change.

Among the participants, the international movements Fridays For Future and Extinction Rebellion, both focused on the fight for climate justice. In addition, numerous people representing MAPA, Most Affected Peoples and Areas, showed up to share their stories and raise awareness about how the fight for the environment affects everyone and not only a small part of the population. Michelin Sallata, from Indonesia, and Nansedalia Ramirez, from Mexico, were two of the many guests who made touching and important speeches.

The organization of the camp

The camp was in a park of Turin, where different areas were settled up, such as the camping area, three marquees for conferences, evening events and meals, and open spaces for workshops and relaxation areas.

During the week, mornings and afternoons were moments for debates and group activities, analyzing the theme of the climate crisis from many different perspectives, also thanks to the multiple guests who proposed and addressed different topics, such as antispecism, ecotransfeminism, work, migration. This helped to analyze the theme of climate justice and climate crisis through a 360-degree analysis, raising awareness and educating about environmental problems from multiple angles, and spreading information about realities connected to a more ethical and sustainable development.

The camp was an event accessible to all: meals were vegan and gluten free, designed to be as inclusive and sustainable as possible, and a psychological support desk was also set up.

Fridays For Future at the Campus and the Friday strike

Throughout the week, a series of afternoon conferences organized by Fridays For Future took place at the Luigi Einaudi Campus of the University of Turin. This ended with the meeting “The great blindness: how to tell about climate change in the media”, a round table that saw some of the directors of the most famous Italian newspapers, such as La Stampa, La Repubblica and Il Corriere della Sera, discussing with activists about how in these days the media deal environmental issues and topics such as greenwashing.

The Climate Social Camp ended with the Friday strike, the symbol of the environmental movement Fridays For Future. The march started from the park and ended in Piazza Castello, where a last meeting was held to involve tourists and citizens to listen to the speeches of the participants of the camp.

Our magazine “.eco” followed the whole event: we want to mention the honorable behavior of the participants, who preserved the original state of the park without polluting it, and also to the environment of mutual respect and cultural exchange that was maintained during the whole event. This positive and predominantly young atmosphere, of lightness but also social commitment, could remember the festivals of the 60s and 70s, such as the famous Woodstock. But in this case, the music, the chats, and the new friendships are only the outline of the greater final goal: the fight for respect and rights of all living beings and of our planet. 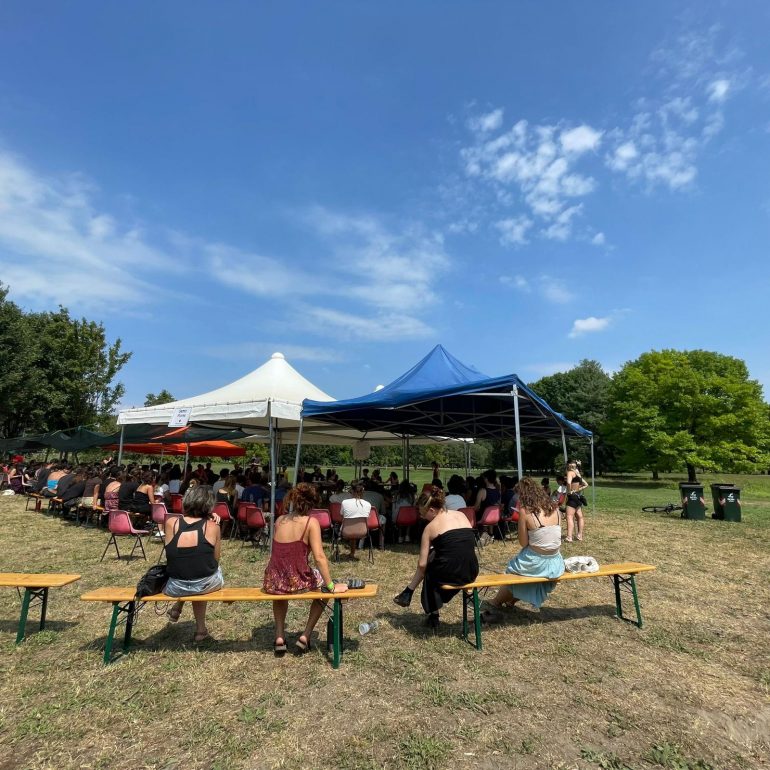