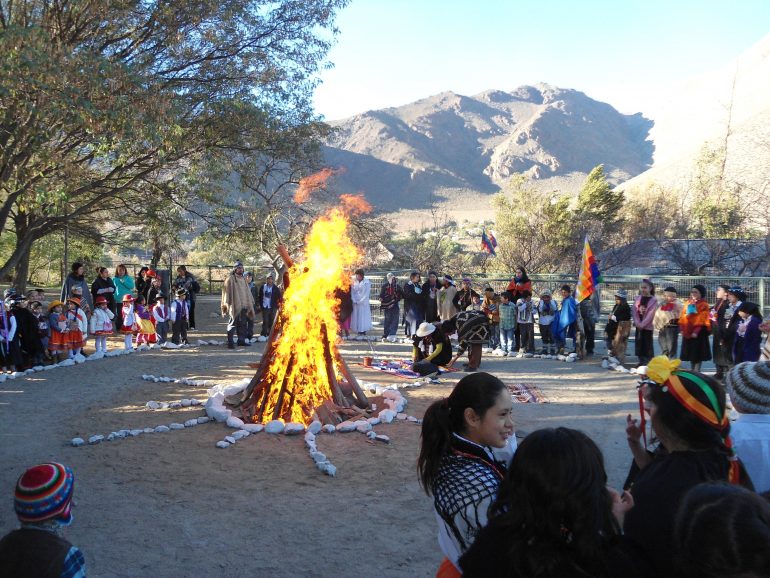 For more than two decades, Chile’s indigenous Diaguita Huascoaltinos have faced the powerful extractive model that has emerged in Chile. Since 2000, this community has resisted attempts to locate Pascua Lama, a Chile-Argentina binational mining project, the Canadian gold company Barrick Glod Corporation. This project was initially approved in 2000, following 10 years of exploration.
Highly contested because of the multiple impacts on the region, especially on the glaciers and being located on usurped territories in the Diaguita Huascoaltina community, this project provoked one of the longest socio-ecological conflicts in Chile. The construction of the mine was initiated in 2010, but the project had to face a determined social opposition and legal recourse accusing it of irreparable environmental damage. These struggles have borne fruit. The activities of the mine had to be paralyzed in 2013. And finally, in October 2018, the Environmental Court of Antofagasta region where the project is located, decreed the definitive closure of Pascua Lama.
The territory has, however, been heavily affected by all these years of mining activity, the habitat of several species, damaged and rivers, contaminated by acidic waters. As well, threats to the territory continue: another mega mining project in Canada, Nueva Union (copper, gold and molybdenum), resulting from the pooling of the Relincho and El Morro mining projects of the Canadian Teck and Goldcorp, has begun its Exploration in the Indigenous Conservation Territory, which is already having impacts on the Cordillera Ecosystem and the flora and fauna, protected by the Diaguita Huascoaltina community. The intended life of this project is 38 years, with the possibility of expansion. The asymmetrical struggle for the defense of the territory continues to face this new gigantic mining project.
Event co-organized by Centr’ERE – Center for Research and Education and Training related to the environment and eco-citizenship of the University of Quebec in Montreal and CDHAL- Center for Human Rights in Latin America, November 27th.