The international winners are: 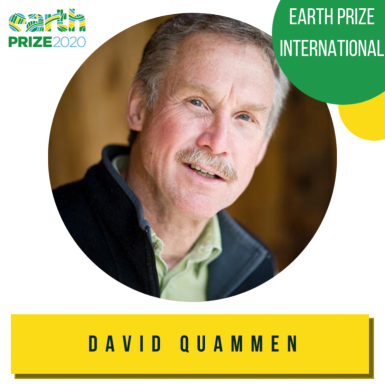 David Quammen, American science, nature, and travel writer. He is nominated for his activity of divulgation about the existing link between human activities and new zoonoses. The book Spillover: Animal Infections and the Next Human Pandemic written in 2012, was rediscovered in this delicate historic moment due to Covid-19.

“Pigs, mosquitoes and chimpanzees can be the vectors of the next pandemic – Ebola, SARS, or dormant and still only partially known viruses, and a small spillover can transmit them to humans. Being informed, aware, ready to accept what science teaches us – you can read in the motivation of the award – is the first step to avoid being caught unprepared by the next pandemic, the next Big One, as Quammen calls it, whose name we still do not know”. 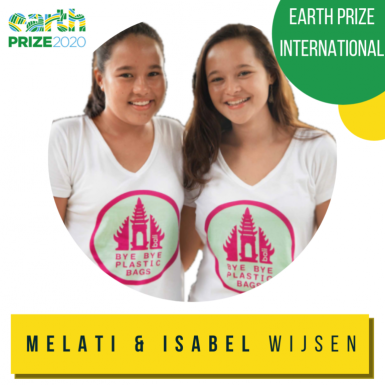 Melati e Isabel Wijsen, two young Indonesian environmental activists who are involved in numerous initiatives to reduce plastic consumption in Bali. With the “Bye Bye Plastic Bags” initiative, they have managed to reach Governor Pastika’s attention, achieving the important result of banning polystyrene, plastic bags and straws from the island since 2018.
But they didn’t stop there and gave birth to youthopia a global movement that aims to train up a generation of changemakers and give them the tools to make a difference.
The two sisters are awarded “for their social commitment and for the involvement of young people in environmental initiatives”.

Phil Smith is the founder of Speaking for the Planet, an arts-based sustainability competition. It’s an event encouraging sustainability education for high schools. It uses performative arts such as public speaking, drama, and writing, to engage young people in thinking and creating a better world to live in. This initiative receives the Earth Prize nomination for its commitment in raising awareness among the younger generations, giving them the opportunity to share ideas, thoughts, and feelings though visual language.

The North American Association for Environmental Education is committed to promoting excellence in the field in order to accelerate environmental literacy and civic engagement. During the lockdown, this year they offered a rich tool containing initiatives of environmental education: seminars, webinars, online courses, certifications and much more. NAAEE is nominated for its commitment in creating a more sustainable future and in encouraging people to never stop learning.