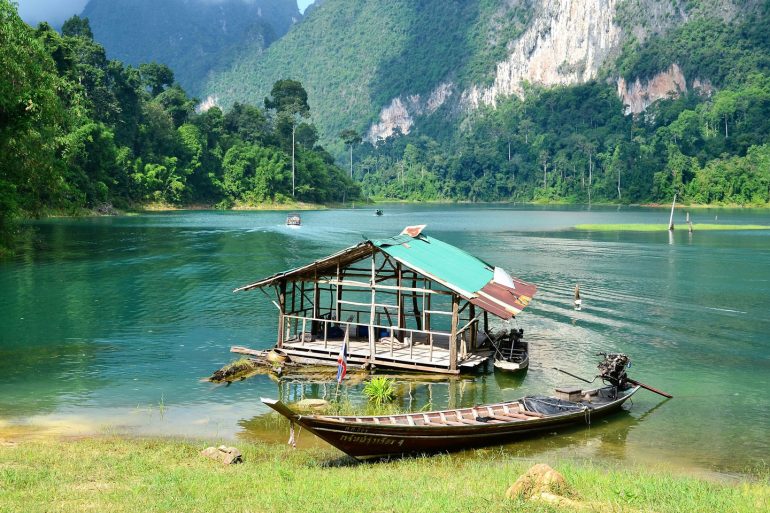 The Thai laws of 2002 and 2006 for the protection of the forest heritage as well as those for the protection of the most valuable areas, have allowed the slowing down of a process of progressive elimination of the forest component. At the beginning of 1900, 70% of the territory of Thailand was covered with forests, with fine mahogany trees, various types of walnut, oak and beech trees, as well as different types of pines. Gradually this natural “green lung” decreased to a skimpy 25% of the total around 2000. Since then there has been a vigorous swerve that led to the current stabilization, with a consolidated “green” presence of around 35% of the territory. Especially with many new areas for special protection or, in some cases, integral.
Particularly noteworthy are the areas of protection of teak and trees belonging to the Dipterocarpaceae, the Lauan, the Meranti, with large productions of resin and excellent wood. There are also giant bamboo forests with rods as high as eight meters and sections of 25 cm in diameter. Even these are duly protected or, as in the case of the Khao Sok (in the picture) reservation, even become an opportunity for revaluation also in terms of tourism and culture. The same applies to the large lotus plots and the three varieties of water lilies present, all well protected and followed by special groups of volunteers and “green policemen”.

The protection of animals, as well as forests has increased

Also the protection of the typical animals of the region has had, since the eighties, a particular attention. There are still areas where the cultivation of rice, cotton, hemp, pineapple, fruit palms is carried out, with traditional systems and, also with the use of buffalo, oxen and – sporadically – elephants with small ears, but – as you can imagine – by now all the crops are correctly mechanized, while maintaining little more than familiar extensions.
The use of these animals (and especially of the elephants) is, today, confined to some very isolated peripheral realities, or within didactic-information centers specialized in the promotion of the “Thai” traditions. A condition of protection that has been made explicit by the 1989 Delegation Law that has definitively freed all elephants registered in the Thai state from all forms of forced labor.
Serious damage to wildlife has been affected by poaching and the capture of particular exotic animals. Although it would be more appropriate to use the present time, since it is one of the most sanctioned crimes since 2000. The most sought-after animals are the tapirs, the rhinos and the elephants themselves. A similar fate has been left to gibbons, Khao monkeys and many types of birds.

This is a continuous struggle between local traffickers (linked to Chinese and Western sorting centers) and the various law enforcement agencies who, we recall, in the case of capturing the perpetrators, do not hesitate to apply very heavy penalties.
Similar conditions also reserved for the many producers of opium poppies, marijuana hemp and other hallucinogenic products (the “Thran” fungus among them).
A packet of hashish ready for use, if seized at the airport at the time of embarkation to leave Thailand, even if it is a few tens of grams, can lead to a minimum detention of three years. Pure fish industry, only partly Thai (mostly in Chinese and Malay), has contributed to the impoverishment and transformation of both marine and river biological variety. There are practically no more shrimps (the traditional “hakifs”) in free circulation conditions, as well as some types of crabs, particularly sought after for tasty meats.
However, since 1991 the centers of “fish culture” have increased with a gradual recovery, in special basins, of the traditional local fishery products.
Also the crocodiles and snakes, above all the cobras, the object of spasmodic hunting, although very forbidden, have also decreased. The first for particularly soft and shiny skins, the second for the poison (paid for by the weight of gold by the pharmaceutical industry) and for the variously spotted fleece.
Even the silk industry, for almost two hundred years the prerogative of the Chinese community, has been “recovered” thanks to government incentives that are making the Thai territory the third largest world producer of natural silk, that is the one that uses the worm in all its phases.
We are waiting for you in Thailand, at 10WEEC.