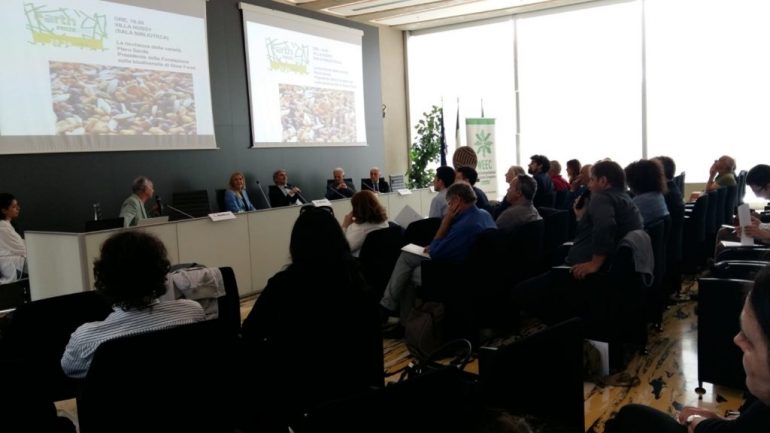 The first edition of Earth Prize: a prize for environmental education and landscape has been announced in Milan, in the prestigious venue of the Lombardy Region on Thursday 14 June.
The event will be place in Luino (Va) in Lombardy, on the border with Switzerland, on 23 and 24 June, where also schools and characters from Maggiore Lake and nearby valleys will be rewarded. «Earth Prize wants to be a multiplier of positive actions for the environment and the quality of life», explains the journalist and writer Luca Novelli, artistic director of the award.
Earth Prize International is promoted by WEEC Network (World Environmental Education Congress) and the City of Luino. Patronage of Touring Club Italiano, Slow Food, ISDE – International Society of Doctors for Environment, Comunità Montana Alpi del Verbano and FIMA – Federazione italiana dei media ambientali. Supported by Fondazione Comunitaria del Varesotto.

«I want to express my appreciation for this initiative that senses awareness society to adopting responsible lifestyles» declares the Councillor for Environment and Climate of the Lombardy Region, Raffaele Cattaneo.

«With over 15 years of experience and the organization of ten World Congresses of Environmental Education, the WEEC Network – says the International Permanent Secretariat of WEEC Mario Salomone – is pleased to give life to this first edition of the Earth Prize, first of all by awarding an important association of Young Reporters for the Environment, present in 34 countries involving 310.000 young people».

During the event the following exponents and representatives of environmental media will be awarded:
EarthPrize International to the Young Reporters for the Environment network, based in Copenhagen, which invites, informing, to universal brotherhood.
EarthPrize Media to the radio transmission Radio2 Caterpillar, Mi illumino di meno.
EarthPrize Landscape for the publisher and journalist Francesca Marzotto Caotorta.
Nomination for Linea Verde, historic italian television program and EarthPrize Media for the TV program of the Swiss Radio Television Il Giardino di Albert.
EarthPrize International award to Reinhold and Magdalene Messner.
Award for Silver, the creator of Lupo Alberto comic. A nomination for the Trekking Locarno-Venezia.
Nominations related to the territory hosting the event: the project GreenSchool that involved tens of thousands of young people and the APP made by the students of Luino, which allows you to find free and safe car, adding a technological value to the “Equostop” sustainable mobility project.

Earth Prize International is a prize born thinking of the Paris agreements on climate and Pope Francis, to whom this first edition will be dedicated. His encyclical “Laudato Sì” has placed Ecology and Environmental Education at the center of peace and our future.