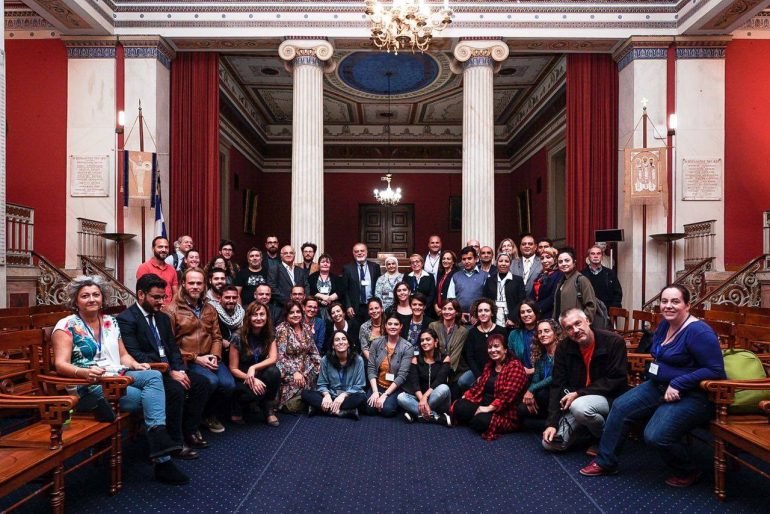 The 23rd AGM – Annual General Meeting of MIO- ECSDE– was successfully held in Athens on 23rd October side by side with the closing of ACT4Litter Conference and SWIM-H2020 SM training on Marine Litter.

Before the AGM, a session about NGO’s accountability was attended by the representatives of the many organizations (127) from all the countries of both shores of Mediterranean in MIO network.

The AGM showed once again the strength of MIO in running relevant Projects, Actions and Events related to Sustainable Development, involving different partnership, and in particular, associations of the network. Very important is the role MIO played in diplomacy of civil society in Mediterranean, the accountability and the resilience, also when for several years the funds were reduced.

A new important entry in MIO Board is the representative of associations from Syria. The majority of members of the board were reconfirmed as well as Patrizia Bonelli from Institute for Environment and Education caring the WEEC Secretariat.