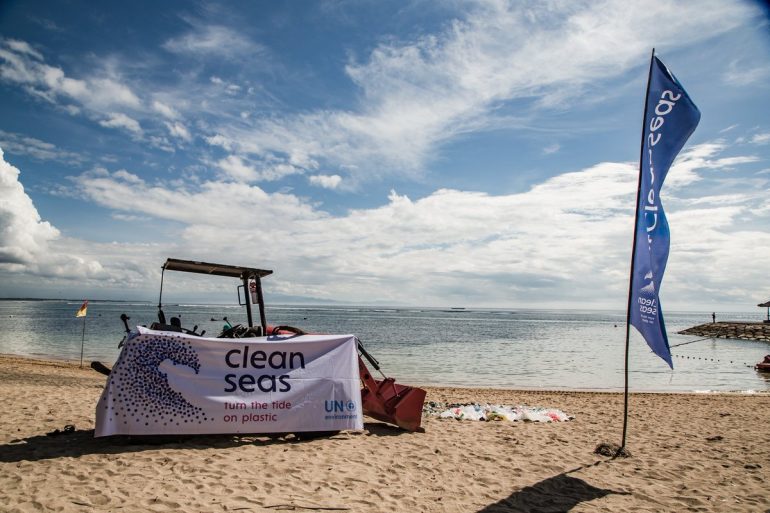 During the  World Environmental Education Congress the Canadian Government announced a clear commitment to tackle plastic marine debris in the ocean by joining the United Nations CleanSeas campaign.
With approximately 8 million tonnes of plastic ending up in the ocean every year, the CleanSeas campaign is working with governments, the private sector and the general public to phase out the production and consumption of single-use plastics and microbeads within the next five years.
If no action is taken, there could be more plastic than fish in the oceans by 2050.

Canada has the longest coastline in the world and has been at the forefront of international efforts to protect the marine environment. In June, the Canadian Government published the Microbeads in Toiletries Regulations prohibiting the manufacture, import and sale of toiletries used to exfoliate or cleanse that contain plastic microbeads. Canada will contribute to the campaign though initiatives that target pollution prevention, conducting research of the impact of micro plastics in the aquatic environment and biota, and funding community-based programs, including shorefront cleanups.
«Our coastlines are important environmental links to the diversity of life on our planet. For Canadians, they define much of the natural beauty we hold dear. We are firm in our resolve to protect and enhance Canada’s coastlines and its oceans, and to play a leadership role internationally in addressing existing and emerging environmental concerns» said Jonathan Wilkinson, Parliamentary Secretary to the Minister of Environment and Climate Change Canada.
Erik Solheim, head of UN Environment said that «Canada’s continued commitment confirms that we are heading in the right direction with the fight against marine pollution. We look forward to working together to turn the tide on plastic pollution in our oceans».
The CleanSeas campaign recognizes the importance of environmental education and ocean literacy as tools to change knowledge, attitudes and practices with regards to the production and consumption of single use plastics. UN Environment has developed an online executive course on marine litter while programs such as Ocean Wise provide direct learning opportunities reaching about 400,000 people every year.

CleanSeas furthers a critically important message, said John Nightingale, CEO and president of Ocean Wise, one that is in line with the organization’s own mission. “As founder of the Great Canadian Shoreline Cleanup — which sees Canadians clean up shorelines in every territory and province — and now home to a major ocean plastic research laboratory, Ocean Wise applauds Canada’s commitment. We look forward to working even more closely with the Government of Canada across the country and around the world as part of the global UN CleanSeas campaign.”