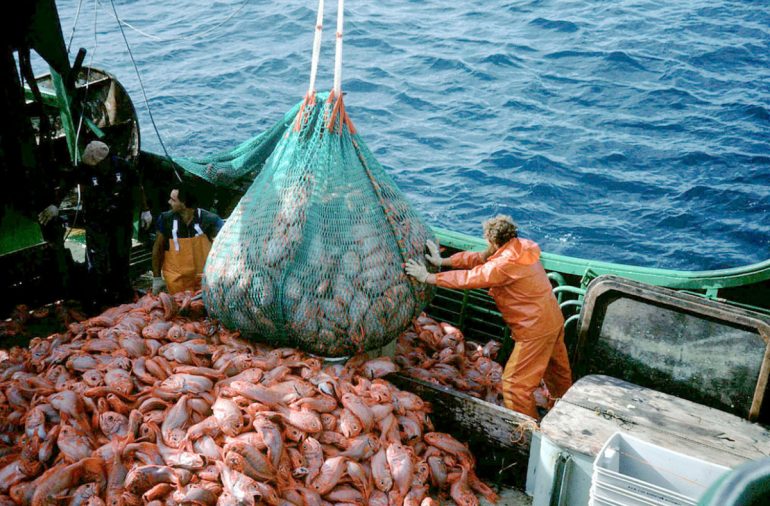 Good news in the Mediterranean and Black Sea: according to new FAO-GFCM report, for the first time over the past years, the pressure has reduced raising hopes for  fisheries. The percentage of overexploited fish stocks decreased by 10%- from 88 percent in 2014 to 78%in 2016. More efforts are needed, however, to ensure long-term fish stock sustainability, warns The State of Mediterranean and Black Sea Fisheries.
This means more support for the small-scale fishing sector, which employs most fishers and causes least environmental damage; reducing bycatch and discards; and introducing more drastic measures such as significantly reducing fishing or establishing fisheries restricted areas  (areas where fishing activities are regulated).

The latter is particularly needed to safeguard the most heavily fished species, such as  European hake, which is fished nearly six times beyond its sustainable level.

“Fisheries provide the region with an important socio-economic balance and are essential to ending hunger and poverty,” said Abdellah Srour, GFCM Executive Secretary.

“Sustainability may be expensive in the short term, but there is nothing more expensive than running out of fish,” said Miguel Bernal, FAO Fishery Officer and one of the report’s coordinators.

Mediterranean and Black Sea fisheries are under threat in the long run because of the effects of increased pollution from human activities, habitat degradation, the introduction of non-indigenous species, overfishing and the impacts of climate-driven changes.

Some sectors generate more discards than others – trawling, for example, accounts for over 40 percent in some areas, whilst small-scale fisheries tend to be below 10 percent.

The report was launched on the occasion of the first GFCM Forum on Fisheries Science (Fish Forum 2018) organized at the FAO headquarters from 10th to 14th December 2018, as a recognition of the instrumental role of science in improving knowledge towards sustainable fisheries management.