The registration period is open, as well as for the submission of proposals to present communications and posters, whose deadline is the next March 15.

The climate change is the big challenge of the XXI century. Urge to be aware of human vulnerability this threat, as well as accepting the biggest responsibility of the companies that most contributed emissions of greenhouse gas (GHG), which contrasts with the lower capacity of the answer to the effects of an out-of-control climate. Alarms in the scientific community warn that we have little time to react. In a few years there will have to be a major social, economic and energy transformation to avoid the collapse of civilization as we know it.
At this crossroads, the slowness of climate policies are surprising. Climate changes occupy a marginal place in the public area and are far from being a priority issue for decision-makers or the general population.
The fundamental objective of educational and communication programs in the next decade should be to convert the climate changes into a relevant and significant problem. 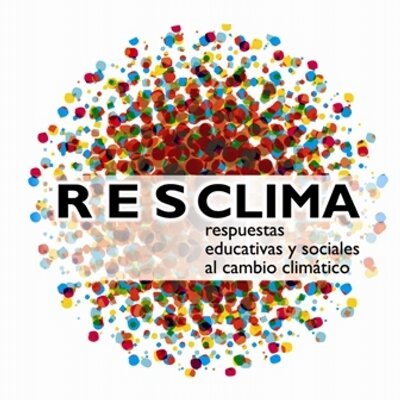 The RESCLIMA project addresses the relationship between science and popular culture in social representations of climate change: contributions to education and communication on climate risks. It explores the complex logic involved in the construction of popular knowledge and the role that scientific culture plays in popular thinking on climate change. RESCLIMA responds to the need for greater understanding of the ‘social factor’ in climate change, to better inform the design of policies, programmes and educational/communicational resources regarding general and specific socio-environmental issues. This web site is designed to facilitate public interface with the project, to make known its most prominent results from the very earliest phases, and to generate multi-directional information pathways with other researchers and with society in general.

Read the program in Spanish

Read the program in Portuguese