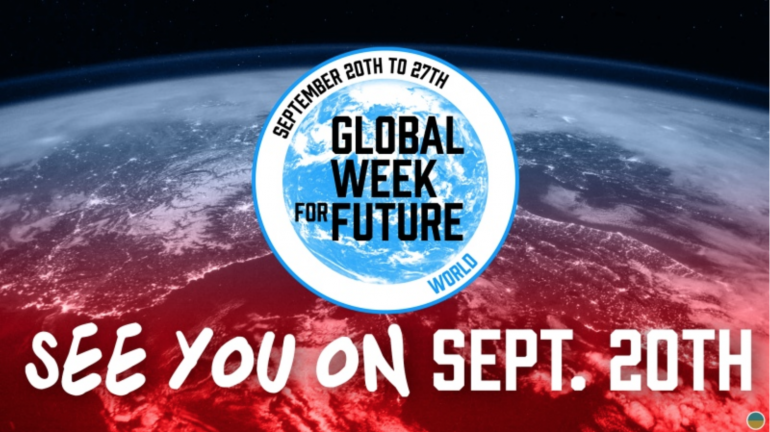 World mobilization and strike week for the Earth from 20 to 27 September, announced by Fridays for future, while in New York on the 23rd António Guterres, Secretary General of the United Nations, convenes the leaders of the planet for a summit leading to concrete actions for the climate. «Join the ‘Week for Future and Climate Justice’ of Fridays for future and take to the streets next to the young», this is the appeal of the Secretary General of the WEEC network Mario Salomone.

The invitation of UN Secretary General António Guterres to world leaders is to bring to New York concrete and realistic plans to increase the measures decided at the national level by 2020, in line with the reduction of greenhouse gas emissions of 45 % over the next decade and to reduce net emissions to 2050 by zero.

Guterres also appointed a special envoy, Mexican diplomat Luis Alfonso de Alba (in the photo), with the task of ensuring that every country in the world has the tools, vision and political will necessary for ambitious climate action, benefit of all aspects of society.

Fridays for future: a week of international mobilization, for the future and for climate justice. The WEEC Network is at their side

In the same days the mobilization week (with “global strike” on Friday) held by the Fridays for future takes place all over the world. A “global barrage” of climate strikes, they said, awaiting the participation of millions of students, workers and adults in general.

«The appeal of Greta Thunberg and the young people of Fridays for future – declared the secretary general of the international network of environmental education WEEC Mario Salomone – must certainly be picked up and relaunched. Teachers, university professors, educators in general, from every sector and every organization, must be mobilized, alongside their daily work of building up knowledge, skills, attitudes and behaviors, including the presence alongside all those who demonstrate against the climate crisis. The future and climate justice are also our goal».