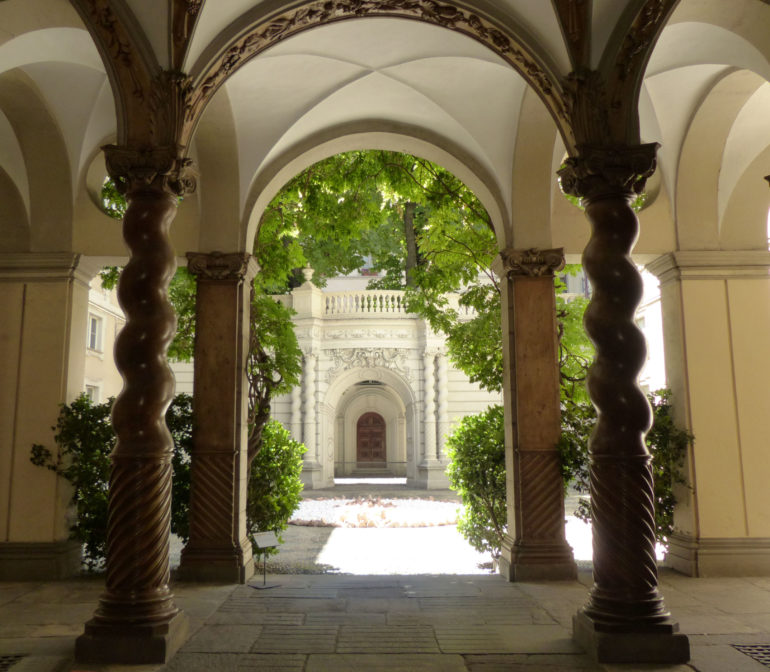 The Italian Strategy for ESD was updated by the Ministry of Education in the Plan for Education to Sustainability on July the 28th 2017. The plan meets the goals of Agenda 2030 on sustainability.
Actually the road map towards the implementation of ESD in Italy has been long and difficult, marked by the following steps:
2009, 2010, 2014: Guide-Lines for Environmental Education
2015 Strategy for ESD law 221
2016 Agreement for PON (National Operative Program)
2015 Reform of school art.6 law107underlining the importance of: Knowledge and respect for environment Active & democratic citizenship
20/22 November 2016 States General – Paper of Rome
Signed by the Minister of Education & the Minister of Environment

18 July 2017 the Strategy presented to HLPF of UN by the Minister of Environment
28 July 2017 updating of Italian Strategy for ESD by the minister of Education in the Plan for Education to Sustainability
PON, National Operative Programme 2014/2020, for schools financed by Structural European funds is an important step but the most relevant is certainly the meeting of States General (Paper of Rome) which included scientific community, civil society, productive and economic world and Institutions. They agreed upon the Strategy for ESD for the implementation of agenda 2030 including strategies, projects, methods, actions. They identified priority areas in climate change, green economy, legality and environment protection.

The most important supporting principles of the paper of Rome take advantage from the existing opportunities as the alternation school –work to involve students from secondary schools in start-up and projects of research thanks to agreements between schools and public and private companies and enterprises.

The updating of the Strategy on ESD presented on the 28th of July 2017 is based on:
20 actions in 4 macro areas that intend to assure that all the buildings of the Ministry will be perfectly sustainable, from the central buildings to all the schools and Universities (5 million euro). Moreover, all the staff and teachers will be trained to promote awareness and ability in education for sustainability. For that purpose, 20 million euro are provided to introduce ESD in the schools of every order and level.
University and research are encouraged and economically supported in the offer of training, courses and graduation in ESD at any level. Scholarships for students’ mobility is financed by 65 Ph.D. grants coherent with the goals of agenda 2030.

Information and Communication will be widened not just to disseminate official positions and documents, but also good practices of single schools and research of universities for sustainability.

The institutional effort of the Ministry of Education (MIUR) has been always carried on in synergy with the Ministry of Environment (MATTM) but the Minister of Education is particularly involved in many strategic choices as Vector 4 of Agenda 2030 asks for “quality education as fundamental axis of SD being a crossing element for the change offering awareness and ability in communication”.
Knowledge is fundamental to fight poverty, to support economy, to promote an open and inclusive society.
Thanks to the Three-dimensional approach of ESD: environmental-social-economic, the challenge may turn into opportunities.
As a matter of fact, sustainability doesn’t relay just on education and didactics but also in the context and buildings.
Schools and Universities, as micro worlds, need to become completely sustainable, in the buildings themselves, to reduce energy and water consumption (production or storage), in the correct management of waste. Finally, ESD has to be included in programmes and curricula during all the scholastic years and beyond towards long life learning and no formal or informal education. Support, inclusion and empowering have to be ensured to no governmental organizations supplying no formal or informal education and methods of active education.
In the National Education System, ESD is not considered just a further discipline, it is included in the main teachings; in the Ministerial guide lines of 2015 each discipline is re-examined from the point of view of ESD.
Moreover, territorial agreements are strongly supported to involve Local Authorities and Civil Society to contribute to ESD programs with central administration and schools.
The plan behind the updating of the Strategy of ESD presented on the 28th July 2017, has been built thank to a working group of experts, ministerial directors and managers who worked to facilitate networking and collaboration among experts and educators in ESD for the promotion of actions and for the dissemination of knowledge and skills, lifestyles and models of sustainable production and consumption.
The working group made proposals for dissemination of ESD addressed to any level of education and upper education, actions for the development and support of research and university didactics sustainability oriented, the construction of informal education, the support of the good governance of administration.
The plan meets the goals of Agenda 2030 and make of sustainability the main axis which shapes all the policy of the Ministry of Education: from buildings, to teachers’ training, from the central administration to the access to the university, to didactics and research.
Moreover, the plan was informed by the supporting principles of ESD from UN documents to the Paper of Rome (States General). The Teaching coming from the Ministry of Environment that promoted The States General.

The Paper of Rome recommends to face ESD in an inter-disciplinary and trans-disciplinary optics, according to a systemic vision of knowledge. To use interactive, participative, innovative methodologies, requiring an emotional and behavioural involvement, besides rational thought. It proposes to ensure teachers and educators a kind of training, arousing also the ability to build interdisciplinary routes and innovative participative teaching methodologies, and also to assess their efficacy.
It also invites to involve in education and training a wide network of actors: educators, students, parents, associations, institutions, societies, universities, research teams, an alliance between school and out of school world and to enjoy the reciprocal benefits. In the end, the Paper of Rome advises and insists to start from a stronger link with the territory, through concrete experiences on the field and exploration of the places.