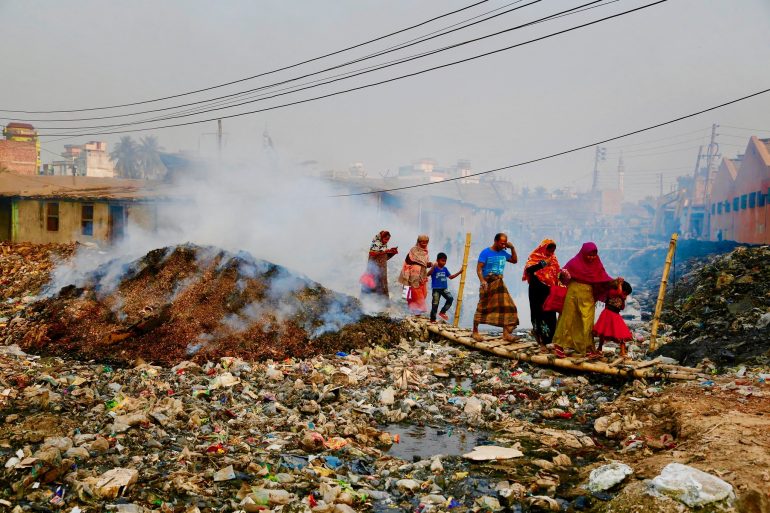 The anthropogenic transformations of ecosystems called Anthropocene is forcing scientists to recognize not only the inextricable interfusion of nature and human society (Malm and Hornborg, 2014), but also the fact that it is becoming a perfect marker and multiplier of differences and inequalities. The appropriation of nature under current capitalism conditions, which is at the core of the current geological troubles, is entailing some correlated processes such as the intensification of the processes of labour’s exploitation, the dispossession of peasants’ lands, the indiscriminate extraction of raw materials, and the racialization of all these processes (With the notion of racialization, we mean the process by which different groups or clusters of people are discriminated in some way because of their natural characters – skin color, gender, age – or of cultural features that are naturalized and crystallized – religion, language, dressing).
All this implies a radical fragmentation of the relationship between humans, and between humans and nature. These dynamics reveal a double process: on the one hand we are witnessing deep socio-ecological changes of food, energy, land, water, and raw materials regimes implying wide processes of dispossession, expulsion, and racialization. On the other hand, we are observing an imperious use of racist speeches, claims, public measures and violent practices aimed to galvanize the racial and racist spirit of European and American white populations against migrants and refugees driven by the phenomena formerly recalled.