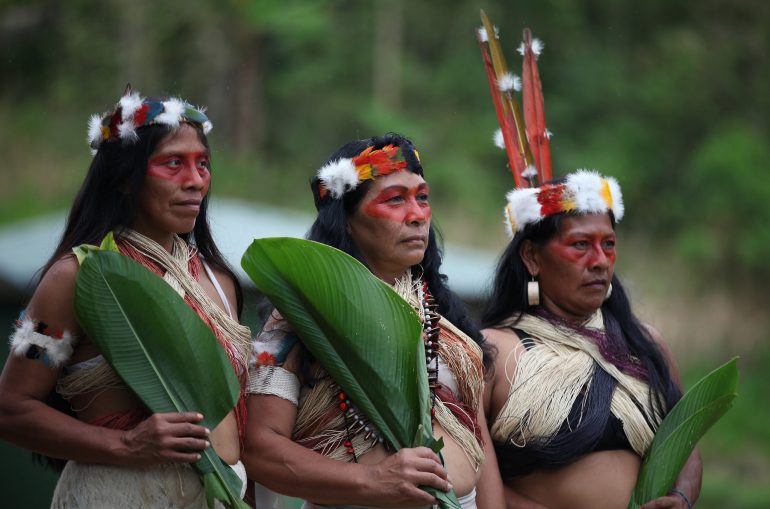 The World Bank estimates that there are about 370 million Indigenous people living worldwide in over 90 countries, accounting for 4,8% of the world’s population. Almost 80 percent of these are located in Asia and more than one-third in China alone. This type of ancestral knowledge and expertise on how to adapt, mitigate and reduce disaster risks has been internationally recognized as a support for the modern methods to cope with the imminent effects of climate change. Further, indigenous education can be an example of what a sustainable life means: a non-anthropocentric experiential transmission of coexistence with nature, based on mutual respect and a deep sense of belonging. Any knowledge (epistemology) can “be useful or useless, politically salient or meaningless, socially relevant or irrelevant, empirically testable or irrefutable, ideologically open or blind, without reference to whether it is indigenous or scientific” (Arun Agrawal). However, conitnuing pressure to maintain living standards in the industrial countries imply devastating socio-economic and territorial changes for indigenous peoples all over the world. The Their livelihoods are contaminated by raw material extraction and deforestation processes, and actions that force them to enter into market dynamics as the only way to survive and protect their territory.

In this context, some significant figures have begun to shown their influence in facilitating change: among others the Bora(1) leader, Liz Chicaje Churay, was awarded with the Franco-German Human Rights Prize and Rule of Law Award for her work in favor of the territorial security of the indigenous communities of Peru(2); Ruth Buendía, Asháninka(3), won The Goldman Environmental Prize (South and Central America) for her leadership skills in raising awareness about the impact of Peruvian energy development and its threats using digital simulations of how the Ene River Valley would be flooded during construction. Today more and more leaders from indigenous communities are involved in environmental defense issues. Another example is Rusbel Casternoque, a leader of the indigenous community Kukama Tarapacà, who is actively fighting for a prior consultation process in the case of “Hidrovia Amazonica”(4), worried about the environmental impacts that would fall on the territory, in particular regarding the issue of food and livelihood sources for communities along the rivers courses there. It should be stressed that among the indigenous peoples we must also not only isolated communities, but those who have integrated into the urban centres or live on reserves (see for example First Nations communities in Canada).

These are many examples of how indigenous cultures are in tension with the industrialized West. With our research we need to raise awareness about the many connections between environmental stewardship and indigenous cultures; at the same time, new technologies and the mass media give a voice and a face to all persons, stimulating proactive processes of change.

In line with this aim, we welcome contributions (in the form of oral sessions, papers, posters, round table sessions or workshop) engaging with any of the following (and associated) topics:

1Indigenous peoples originally settled in Colombia, nowadays in the north-east of Peru after the rubber exploitation.
2Her actions led the creation of the Yaguas National Park.
3Asháninkas are the demographically largest Amazonian indigenous people of Peru.
4The project involves dredging some areas of the Amazon River (Brazil and Peru) and its tributaries (Marañón, Ucayali and Huallaga), to ensure “safe navigation throughout the year”.